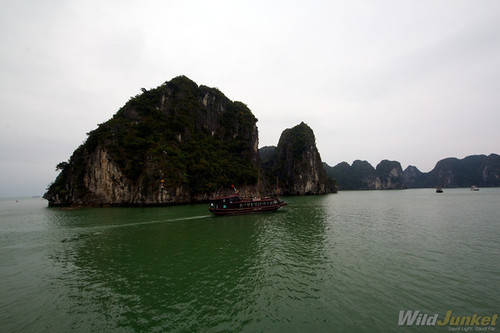 In Northern Vietnam, thousands of grottos and limestone cliffs dot the emerald waters of Halong Bay. Junk boats ply its water, against the natural backdrop of dark green rock formations shrouded in mist. The limestone in this bay has gone through 500 million years of formation in different conditions and environments to evolve into the picturesque site it is today. As a UNESCO World Heritage Site, the attraction is easily the most famous site in the country and also the most visited – with nearly three million tourists cruising its waters every year.